Transfer of assets to the next generation 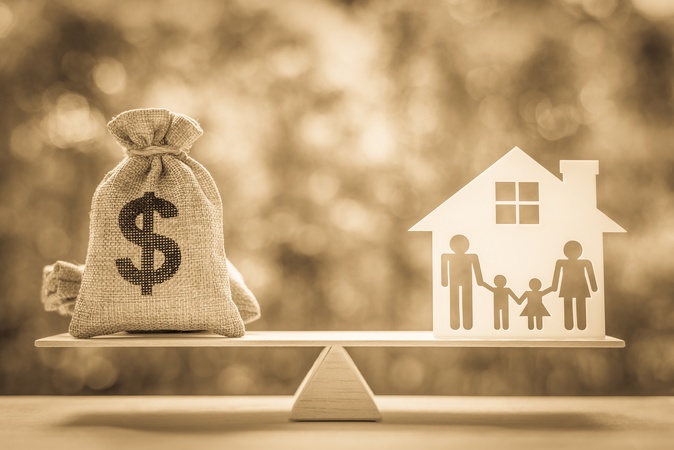 Transfer of assets to the next generation - duty to support relatives in old age. What happens if you need nursing care in old age and your own savings plus pension fund contributions are insufficient to cover the expenses?

Costs associated with illness and long-term nursing care in old age may well exceed the pension income and savings of certain individuals. The question arises as to who must pay for these expenses? Is it the social security system, the relatives or both? And what if the person who is in financial need voluntarily gave away significant assets in previous years?

Under social security law, the key issues revolve around the so-called supplementary benefits to the AHV/IV (Ergänzungsleistungen) or abbreviated "EL". Also, statutory provisions of marriage and family law come into play. In this newsletter we will show how these provisions interact and what individuals should bear in mind with respect to potential future duties of familial financial support.

The aim of EL is to secure the living standards of people who receive an AHV or IV pension and cannot financially support themselves. The EL amounts to the difference between the recognized expenditure (housing and food costs, medical care, etc.) and the eligible income (AHV/IV pensions, assets, etc.). Apart from social security law, marriage law provides for maintenance obligations between the spouses and family law includes a duty of financial support of the children towards their parents (Verwandtenunterstützungspflicht).

A and B are married and have one child. They live in a traditional role distribution: B looks after the child and A earns an annual income of CHF 250,000. B's father passed away; her mother needs constant medical care and must move to a nursing home. The pension income of B's mother is not sufficient to cover her expenditures. In earlier years she voluntarily gave away part of her assets. Do A and B have to support B's mother financially or does she receive supplementary benefits from social insurance?

Supplementary benefits support people whose pensions and income do not cover their minimum cost of living. According to the calculation mechanism outlined in Art. 9(1) ELG, the annual supplementary benefit corresponds to the amount by which the recognized expenses listed in Art 10 ELG (living requirements, rent, extraction costs, etc.) exceed the chargeable income as defined Art 11 ELG.

In general, only income and assets which the EL beneficiary can fully dispose of are considered for the calculation mechanism. However, this calculation mechanism is amended by the voluntary waiver stipulated in Art. 11(1)(g) ELG, based on which certain income and assets are added that have been waived voluntarily. A voluntary waiver is understood as a disposal of assets which was made without a legal obligation or compelling reason or without equivalent consideration. Gifts, pre-inheritance contributions or the sale of real estate below market value are usually deemed as such voluntary waivers of assets.

The extent of the waiver is determined by the market value of the asset at the time of disposal. Subsequent increases in value are irrelevant. A depreciation is calculated on the amount of waived assets of CHF 10,000.- annually starting the second year after the waiver. There is no statute of limitations with respect to voluntary waivers.

Waived assets are treated like actual assets. Hence, they are added to the calculation of a person's assets. The legislation allows for a "free" assets in the amount of CHF 37,500 for single persons and CHF 60,000 for married couples, meaning that this is the bottom line.

For example: In 2015, the single AHV retiree gave her daughter an amount of CHF 250,000; three years later, the retiree finds herself in financial need and requests EL. The gift to her daughter is considered a voluntary waiver of assets, but only CHF 230,000 will be accounted for (depreciation of CHF 10,000 in the years 2017 and 2018). The free amount of CHF 37,500 for single persons will be deducted, so that eligible (hypothetical) assets of CHF 192,500 remain. Because of this remaining amount of (hypothetical) assets, the retiree is not entitled to EL.

Duty of financial support for relatives

The duty of financial support for relatives is subsidiary to EL. The obligation applies in ascending and descending lines (children-parents-grandparents) and is governed by the Art 328 and 329 SCC. Parents are primarily obliged to support their children and vice versa. However, neither siblings, stepparents and stepchildren, nor persons further related by marriage have such a duty.

Anyone in financial need is entitled to familial support. According to case law, a person is in financial need if he or she is no longer able to pay for necessary expenses meaning food, clothing, housing, medical care and medicines in case of illness.

Pursuant to Art 328(1) SCC only relatives who live in advantageous financial conditions have a duty of financial support. Based on case law, people living in advantageous conditions can lead a prosperous life. The determining criteria are their taxable income and asset consumption (Vermögensverzehr). The duty to financially support relatives may therefore apply if the income is higher than the following rates (see also SKOS guidelines):

The following amounts are deducted from the taxable assets:

If a surplus remains after these deductions, half of that amount may be claimed to financially support a relative in need.

Application to the initial example

What do these regulations mean for the family of A and B? As mentioned above, the mother of B can no longer afford her care and nursing costs, and would thus be dependent on EL. However, she is not entitled to EL benefits due to the voluntary waiver of assets (see above). Before the social security scheme supports her financially, the competent authorities will determine whether any financial support is owed by the relatives. Do A and B have to support the mother/mother-in-law financially?

According to the SKOS guidelines, A and B's financial support is calculated as follows:

Comments: 1) The child supplement applies only to minors or children in education; 2) A is only indirectly liable to financially support B's mother because he is married to B. As a son-in-law, A would not be affected by the familial duty, since this obligation only applies to persons in descending line. However, due to the marriage of A and B a financial obligation exists. Because of the indirect relation between A and B's mother, the financial contribution is halved.

As per the above calculation, A may have to financially support B's mother with about CHF 1,400 per month.

The EL system faces two challenges: Demographic developments and legislatory reforms. For many years the proportion of elderly people, the rising life expectancy and the increasing need for medical and nursing care have strained the budgets for supplementary benefits to AHV/IV. An EL reform was therefore overdue and adopted by the Parliament on 22 March 2019. The new law will tighten the prerequisites for EL contributions and decrease the allowances for free assets. No referendum was called and the Federal Council is expected give effect to the law by 2021.

As previously, there will be no scope for transferring assets to the next generation and reverting to social security systems in case of (financial) need in old age under the reformed law. Retirees should keep in mind that assets donated or passed to younger generations can be deemed as a voluntary waiver without a statute of limitations. Relatives living in prosperous financial circumstances have to contribute to the expenses of care and nursing of their parents.